The Conscience for Human Rights and Conflict Resolution (CHRCR) Kogi State is a non-governmental organization, non-religious and non-partisan. Established in the year 2000 based in Lokoja, Kogi State..

We campaign for the promotion of human rights and peaceful co-existence.

We research and published books and articles including a Monthly publication of “THE PERSPECTIVES” Magazine, and a book on the plight of widows in the Northern Nigeria titled WAILING WIDOWS.

The Perspective Vol 5 No 2

The Perspective Vol 5 No 1

Our Activities include Advocacy visits to Media agencies and Goverment parastatals, Workshop, Trainings and Awareness campains.

Between 2009-2014 we introduce to the Kogi State Assembly GENDER AND EQUAL OPPORTUNITY BILLS which was passed in March 2014 into Law after rigorous lobbying. The Bill was the first in Northern Nigeria and also the third in the Federation as part of the effort to domesticate Convention on the Elimination of all forms of Discriminations against Women (CEDAW). Beside this, we have also

Shehu Musa Yar'Adua Foundation Term and CHRCR Staffs and Facilitator. During their Assessment visit to Conscience for Human Rights and Conflict Resolution(CHRCR) Office in Lokoja, on Anti-Corruption, Transparency and Accountability Project. on 24th February, 2020.. 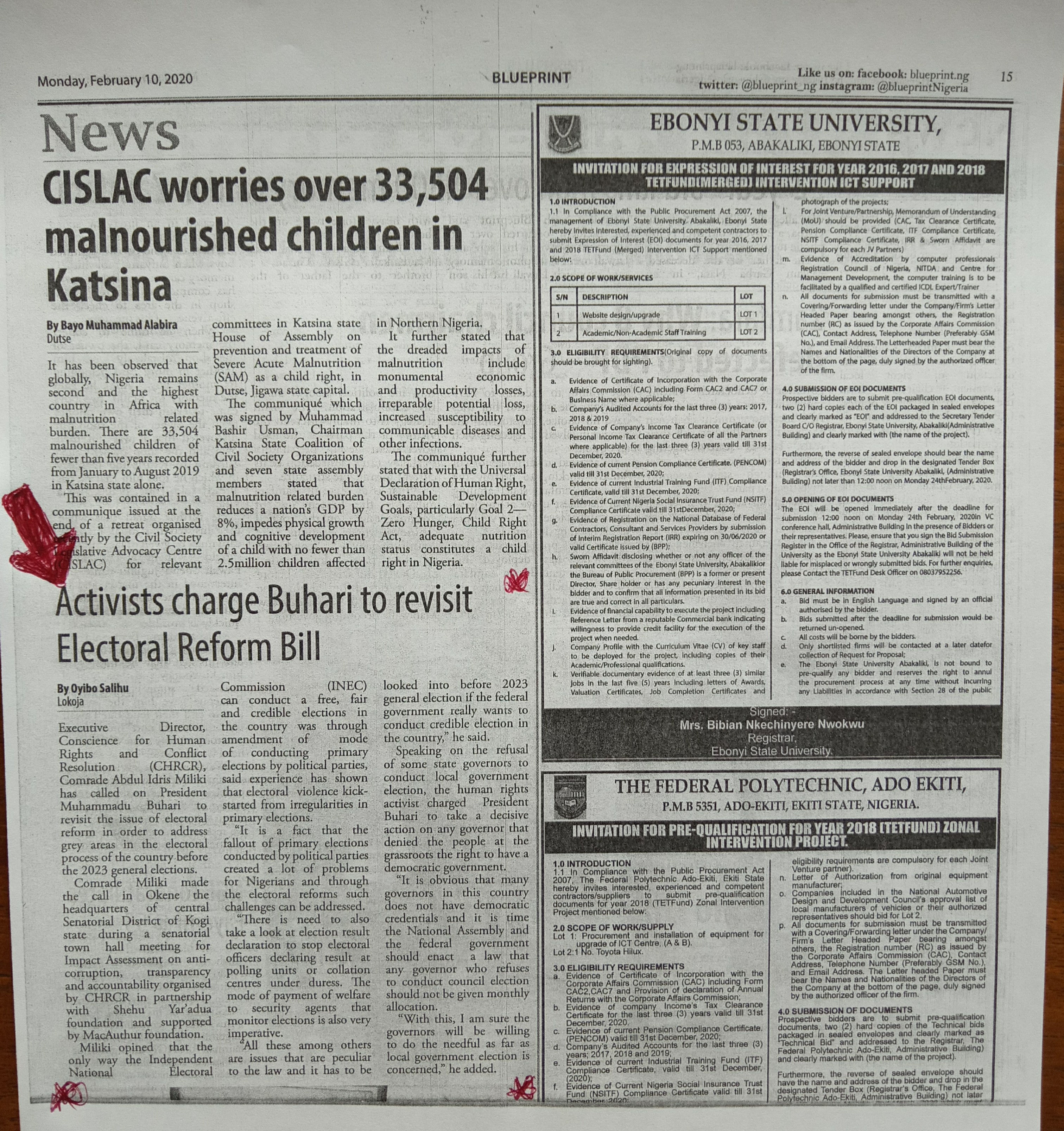 CHRCR laments decline in quality of elections in Nigeria 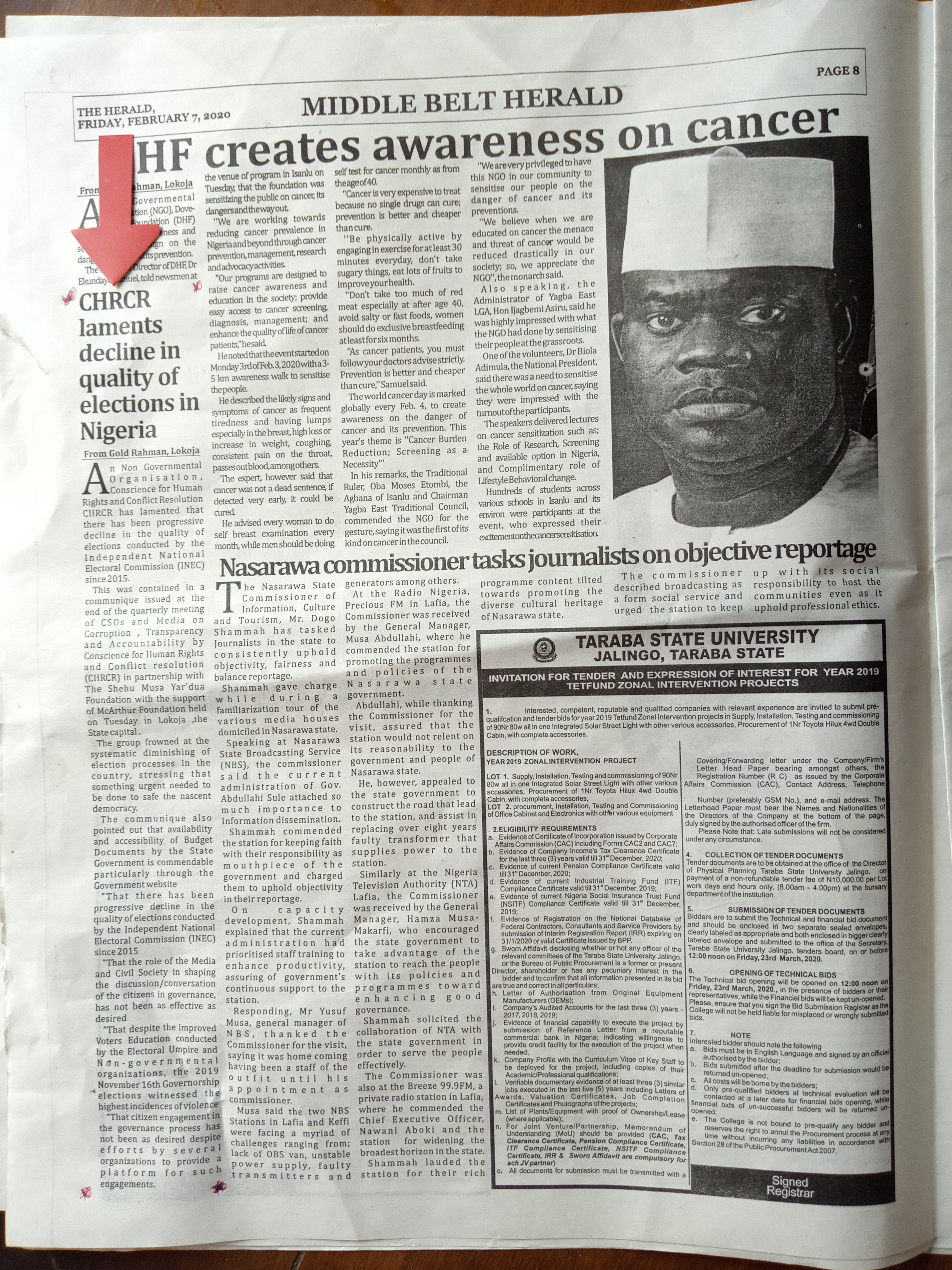 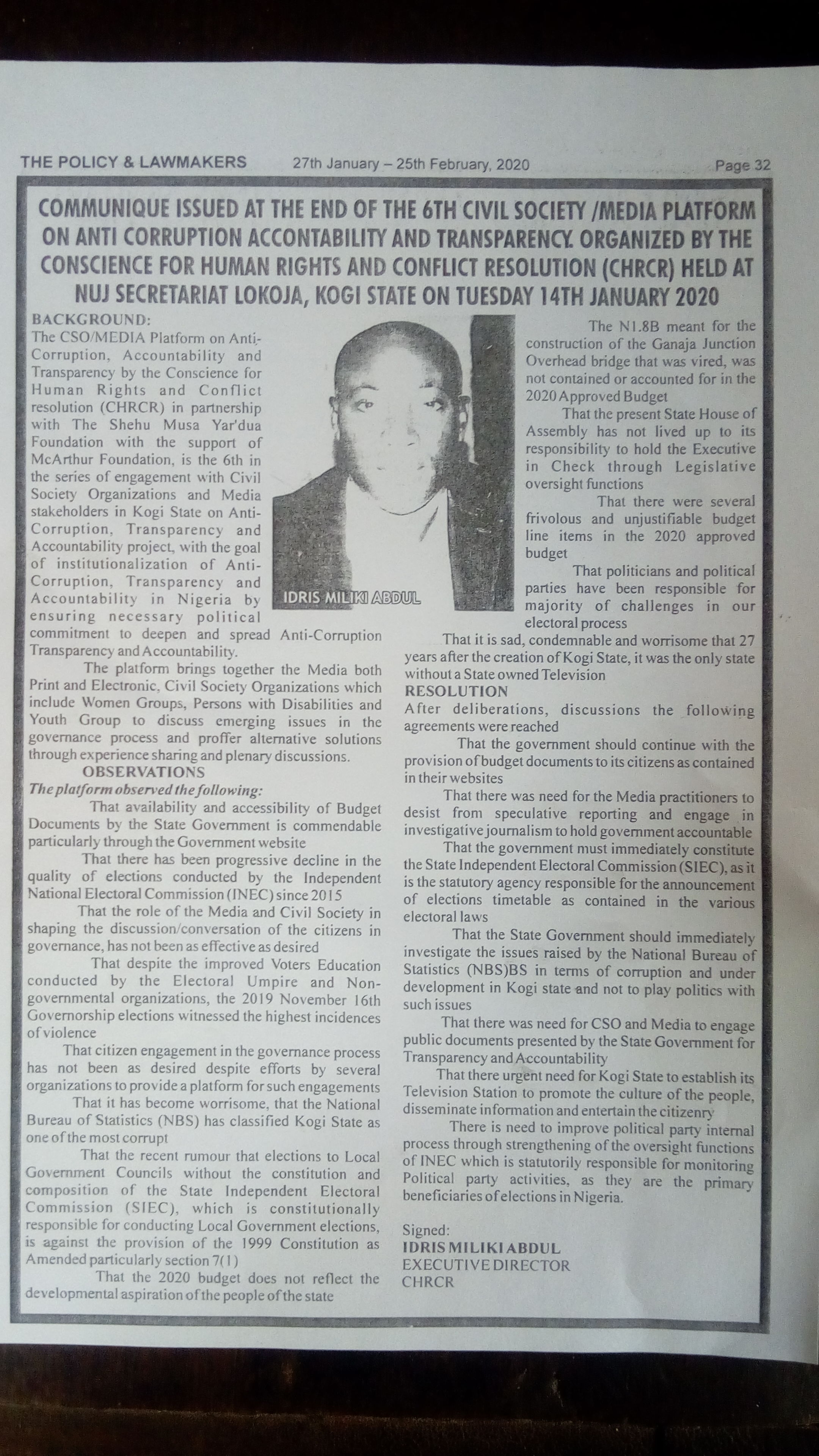 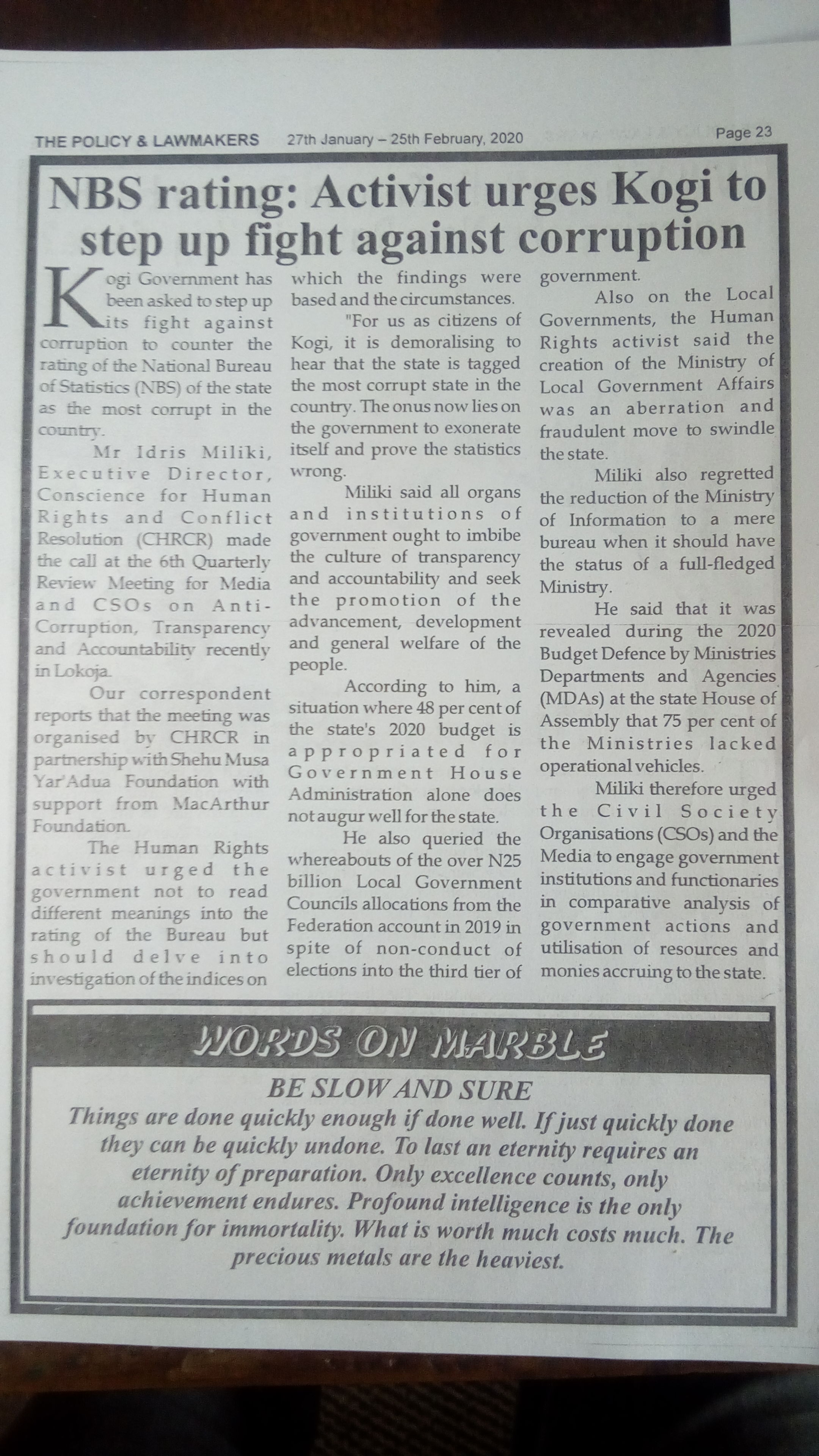 © Conscience for Human Right and Conflict Resolution 2020 All Rights Reserved